Wow. I never imagined it would be October of 2013 when I finally knew that I’d be holding my book within a week. And yet, here we are.

I posted back in April that this had been a patience-testing journey, and since then, the fun hasn’t stopped. I paid the deposit for Wheaton graduate school on the first Friday in May, and later that day, the song licensing for my book finally came through after five months of my persistent phone calls and emails. I’m not saying the two are necessarily linked, but I had been feeling like I was supposed to attend graduate school this fall but couldn’t bring myself to commit and leave Hawaii again, so I do think the timing of my actually paying the online deposit and hours later receiving word that my licensing was in order was poetic. Maybe I should have been obedient with grad school sooner…

While that was a huge victory in early May, at the end of the month, my “Check-in-Coordinator” at my publisher–the girl who had been helping me through each step with my book–quit, and I received a new Check-in-Coordinator. My new girl was great, but in the transition, a couple of things got lost (like the endorsements for the front of my book that I had worked on for months), and my new girl had multiple weeks of vacation right after I was transferred to her. I feel like at every stage of this process, there have been setbacks I didn’t anticipate but that have reminded me that God went before me through cancer–the very subject of my book–and through every other event as well, and He will go before me with my book as well. It’s in His timing, really.

The last couple of months, I’ve worked on finalizing the cover, reading my book one final time but in reverse so as to catch any stray grammar errors (I found a cringeworthy handful even after having edited it countless times!), and signing off on form after form. I think I mentioned this last year in an earlier update, but I read a marketing book that said, “Don’t settle for less than excellent,” and that’s something I’ve kept in mind since, even when I’ve just wanted to move this book along and paying attention to the details has taken more time.

The timing has been so challenging and out of my hands, but that’s not necessarily bad when I think about Whose hands it’s been in. Last Wednesday, my grandmother passed away from a 5 week battle with aggressive melanoma, and her passing was so fast and difficult that the morning was challenging. Two hours later, I received an email that my book was being submitted to the printer–the fulfillment of a two-plus year process, one that I’ve been endlessly waiting for. My grandma was the first person to tell me I was supposed to write a book, all the way back in 2009 when I was actually fighting cancer, so the timing of that email was just so bittersweet and yet somehow in keeping with the timing of things in this process.

All of that is to give you a little bit of background as to what’s been going on the past few months of radio silence. Throw in my move across the ocean from Hawaii to Dallas in July and then from Dallas to Chicago for grad school in August along with grad school itself, and the journey has not been what I expected.

BUT, I should be holding my book in my hands next week. I’ll actually be in Dallas over fall break (I already had a flight planned to come home and spend time with my grandma…), and I’m hoping to have a book party.

What all of this means for you is that, barring any printer issues with my initial copies that I’ll get next week (e.g. if page 1 follows page 2 or the cover prints crookedly, etc.), you should have your books by the end of the month, and hopefully in the next couple of weeks! Oh my goodness…I think when I hold my book in my hands, I’ll finally believe that I am an author and that I wrote a book. Thank you ALWAYS for your patience and support. Yall have been so gracious and I am so grateful for you. I literally couldn’t have gotten to this point without your help, so many blessings and thanks to you!

I’ll keep you posted on more details as I see my book and work to get yours to you. In the meantime, I’ve included a picture of the final proof of my softcover book for you to see. Blessings! 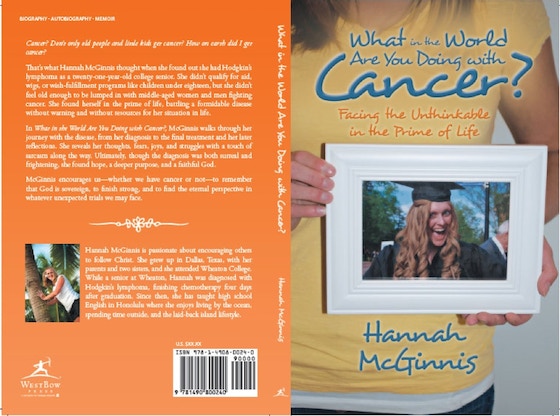